Thor: Love and Thunder’s Christian Bale Was Insecure About His Body as Gorr

Gorr the God Butcher actor Christian Bale revealed that he was worried about appearing shirtless next to Chris Hemsworth in Thor: Love and Thunder.

“I did have a look briefly and said, ‘He’s got a G-string on. Nobody wants to see me like that,'” Bale said about his villain in an interview with TheWrap. “He was also crazy musclebound in the comics. And I was in the middle of making another film where I was really quite skinny. I said, ‘Dude, nobody wants to see me in a G-string.’ And there’s no point in working out at all because you can’t compete with Chris.”

This is not the first time Bale has discussed his insecurities surrounding Gorr the God Butcher’s “G-string.” In a previous interview, the actor also explained why his rendition of the formidable villain — who appears in the comics wearing little more than a black, hooded cape — will look significantly different in Love and Thunder. “I was coming off of a film where it had been necessary to be sort of rather lacking in muscle,” said Bale. “And then I saw the images and thought, ‘Well, that’s not gonna be possible… and this g-string thing that’s going on there.’ He looked in the comic books like physically, you know, someone to reckon with though.”

Bale continued, “And I said, ‘Well, you know, that’s just not gonna be possible in the state I’m in. And we literally have three days between me finishing one film and heading over to Australia for the quarantine and whatnot. I like to usually have much more time in between, but the pandemic meant that things got worked out that way.”

Though Bale’s Gorr is not identical to his Marvel Comics counterpart, Love and Thunder director Taika Waititi has described the character as one of the best villains the MCU has seen yet. In a previous interview, the director explained that while they decided to “depart from [Gorr’s Marvel Comics] design,” they did try to “keep elements of the tone and the fact that he had the sort.” According to Waititi, “But really it was about his story. That was the most important thing for us.”

Love and Thunder will pick up after the events of 2019’s Avengers: Endgame and marks Hemsworth’s fourth solo film in the MCU as the titular God of Thunder. The film will see Thor, joined by the Guardians of the Galaxy, Jane Foster’s the Mighty Thor (Natalie Portman) and King Valkyrie (Tessa Thompson), go up against the villainous Gorr the God Butcher, who seeks the extinction of the gods. 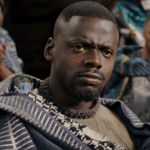 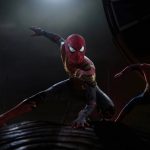 Spider-Man: No Way Home Is Now Streaming On Starz