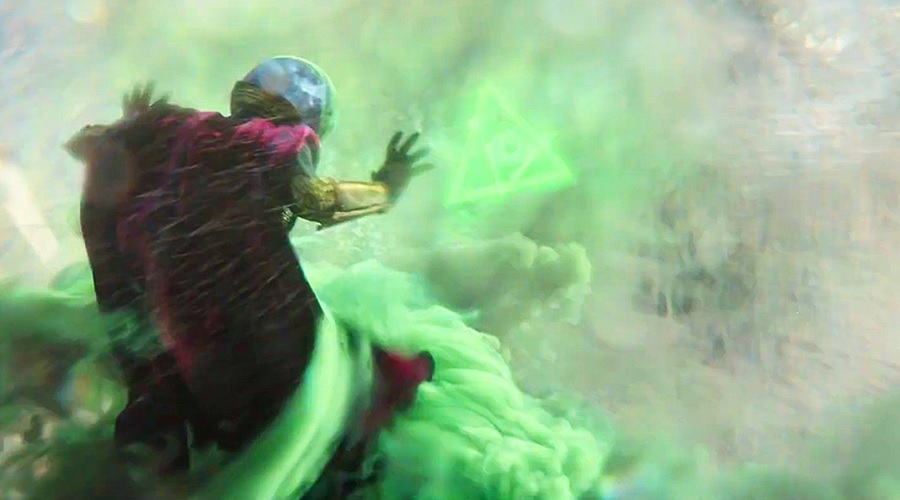 With less than two months remaining until Spider-Man: Far From Home hits the theaters, marketing campaign for the movie has begun in full swing. Sony Pictures and Marvel Studios released its second trailer and first clip earlier this week. And now, they have dropped another clip from the July 2 release.

We are skeptical about Mysterio's true motives in Spider-Man: Far From, given his villainous history in the source materials. But Sony and Marvel are trying hard to convince us that Jake Gyllenhaal's version of the character is a good guy. The latest clip, which was aired during the latest episode of Jimmy Kimmel Live, seems to be one of those efforts.

The forty-odd-second-long clip shows us a monstrous water-creature rising up out of the canals of Venice and attacking civilians. Peter Parker manages to get his friends to safety, but finds himself incapacitated by the creature soon after that. But before it can land another blow on Tom Holland's character, Mysterio comes to his rescue. Check out the clip below!

Many of us are probably still going to expect a twist concerning Mysterio when we watch Spider-Man: Far From Home in theaters. But none of us should have doubts about the villainous elemental monsters shown in the movie's promotional videos. During set visit last summer, director Jon Watts confirmed to Nerdist that these baddies are inspired by the B-list Spider-Man villains like Hydro-Man and Molten Man. In his words:

There's so many Spider-Man villains from the rogues gallery that I wanted to dig a little bit deeper than what anyone might be expecting"¦villains like Hydro-Man and Molten Man, who may not be on the highest list. But that opened up such amazing visual possibilities and poses really dangerous challenges for Spider-Man.

He can get his power from [Venice's] Grand Canal, so the larger water body he has access to can allow him to grow in size and strength. So that will be part of the strategy that he uses to, of course, defeat him.

What do you think about the brand-new Spider-Man: Far From Home clip? Share via comments and stay tuned for the latest updates!