It's been quite a while since it was found that the Ghostbusters reboot will have an all-female lead cast (with actresses like Emma Stone, Jennifer Lawrence and Rebel Wilson sought for these roles). But, despite the studio's best intentions, as far as the cast is concerned, the idea still seemed a bit off for some of the fans.

But the never-ending Sony saga still continues, this time with emails between studio boss Amy Pascal and director Paul Feig (known for Bridesmaids and attached to helm the Ghostbusters reboot).

There are potential spoilers below, so consider yourself warned!

The actresses mentioned above aren't the only ones the studio (and the director, for that matter) wants for this reboot. Besides them, Paul Feig wants Peter Dinklage also - and here is all gets interesting, since the Game of Thrones actor is supposed to be the villain of the film.

Described by the director as a scarier and more high-tech Ghostbusters film, this reboot will see Dinklage as a convicted murderer who transforms himself into a ghost when a supercharged electrical storm interferes with his execution. This isn't all, since the same storm that transformed him also gives him the ability of summoning the ghosts of the most evil criminals in entire history.

What about the Ghostbusters themselves?

In a funny, scary and action-packed way, 4 female Ghostbusters will unite their power in order to defeat Dinklage's character.

Paul Feig also made it very clear in the emails that the government is aware of the existence of ghosts, although the public remains unaware. So when incidents happen, the government simply denies everything and say terrible thing about the Ghostbusters, calling them frauds, while behind the scene they apologies to the heroes.

And this does remind us of the plot of a certain unfinished trilogy - Hellboy from Guillermo del Toro.

Of course, while some might be excited about the idea of an action-packed Ghostbusters, some of us might say pass - after all, it wasn't the action that made the original movies cult hits. 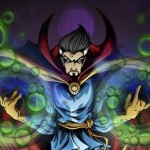 The Ancient One: A Role To Fill By Freeman, Watanabe or Nighy
Next Post 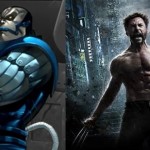