5 Upcoming Movie Character Depictions That Should Concern You 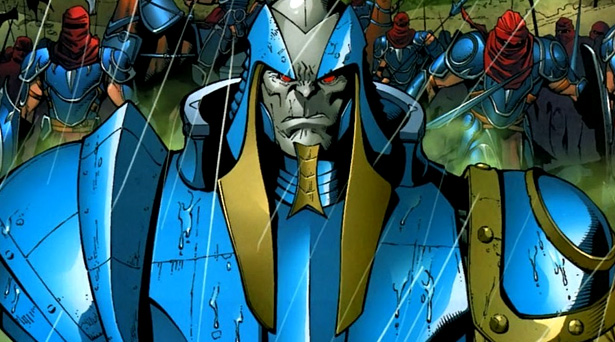 There are countless comic book movies being released in the next few years, with everyone from DC, Marvel, Mirage and Valiant getting in on the act – and why not? The genre is arguably the most popular in Hollywood at the moment, so they are right to exploit it with as many releases as possible – strike while the iron’s hot, so they say.

As a result, we can look forward to a plethora of characters from the pages of comic books making live action appearances – some of which look and sound absolutely fantastic, some of which don’t.

It is the latter that we’re going to be taking a look at here, as we run you through some upcoming character depictions that may well turn out to be terrible.

We certainly hope these guys turn out well, but we have doubts about them as things stand. Here are five upcoming comic book movie character depictions that should concern you. 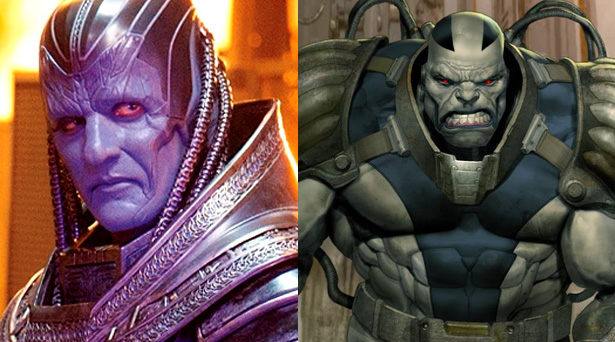 Apocalypse as he will appear in the X-Men: Apocalypse movie and as he is in the comics

Recently, the general public were treated to the first images from the set of 2016’s X-Men: Apocalypse.

It’s got a distinct 80’s look to it – it is set in the 1980’s, after all – and the majority of the characters look really cool, but the titular villain’s appearance was quite disappointing.

As far as his powers and threat-level are concerned, we don’t have much to worry about regarding Oscar Isaac’s character. The post-credits scene of X-Men: Days of Future Past showed a younger version of the character demonstrating massive telekinetic powers – and he’ll only have grown more powerful (both naturally and through technological augmentation) since then.

However, in terms of his aesthetics, he looks like a cheaply-created Doctor Who villain from the 1970s or something even cheesier out of Power Rangers.

Hopefully he’s going to be visually augmented with CGI, otherwise he could end up being ruined by his appearance alone. He needs to be bulkier – more in line with the physique of the Hulk – and his face definitely needs to look more monstrous. 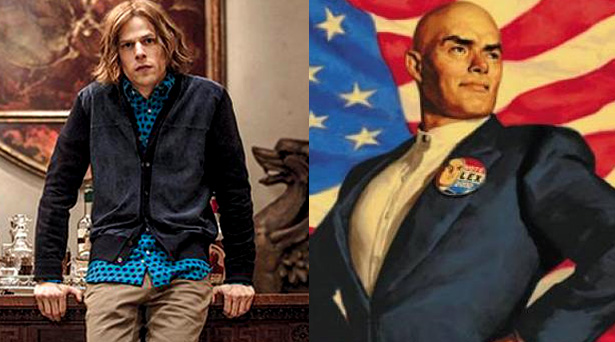 Images have surfaced from the set of Batman v Superman: Dawn of Justice showing Jesse Eisenberg’s Lex Luthor both with and without hair.

In spite of the complaints of those people who obviously don’t know the character from the comic books (“why does Lex Luthor have hair?!?!?!”), the fact he has hair isn’t the problem – he has had hair in the comic books prior to going bald – it’s the fact that the hair he does have in the images makes him look like an 18th Century French nobleman.

Eisenberg’s casting was a strange one to begin with. While some people do believe he has the acting chops to pull the portrayal off, others don’t, so getting his appearance right was essential.

The strange flowing locks in the pictures shown really don’t inspire confidence in the character, but we will all be hoping that we are proved wrong by the final performance – Eisenberg has a lot to live up to, as both Gene Hackman and Kevin Spacey did the character justice previously. 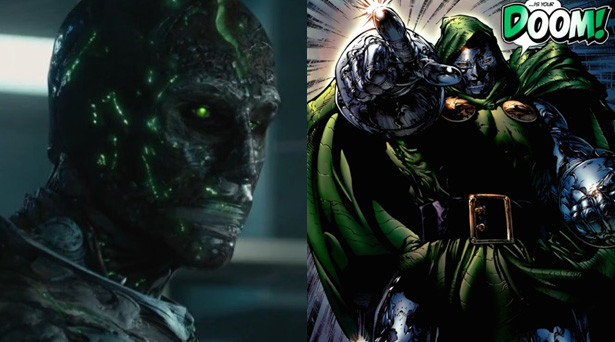 Doctor Doom has already been butchered on screen once – when Julian McMahon portrayed a terrible version in the previous Fantastic Four franchise – and the same is set to happen again, with Toby Kebbell’s version looking absolutely terrible in the upcoming reboot.

Although he isn’t going to be a blogger/hacker as was first rumoured and feared, his origins are being changed immensely yet again.

He’ll be Latverian – which is good – but he will also have been adopted and brought up by Dr. Franklin Storm – which isn’t so good, as it means he won’t have his Romani Gypsy beginnings and, as such, will be missing the mystical side of his character for a second time.

Doom is almost as adept at magic-use as he is at science in the comic books and he gets his powers from the gadgets in his suit and his use of spells. In this movie, he will get his powers from the same source as the Fantastic Four, just like McMahon’s version – although this time it will be the Negative Zone, as opposed to a cosmic storm.

Doom is a legendary comic book villain with masses of fans – it’s about time they were given a live action depiction that is faithful to the original version. 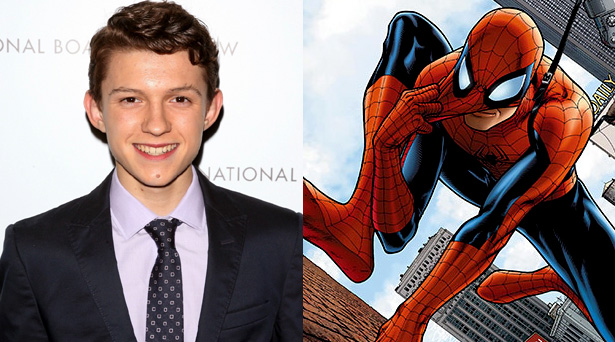 Tom Holland will play Spider-Man in the Marvel Cinematic Universe

It was huge news when it was finally revealed that Spider-Man was coming to the Marvel Cinematic Universe. The Webbed Wonder is Marvel’s flagship character, so it was only right that he should be brought over to their flagship movie franchise – having previously been tied up over at Sony.

Tom Holland has been cast as the character and will make his debut in Captain America: Civil War. It’s a decent casting – Holland is a top young actor – but you get the feeling Marvel won’t be able to win regardless of how they go about introducing Spidey this time around.

In an ideal world, Spider-Man would have been part of the MCU from the start but, instead, we got the ill-fated Amazing Spider-Man franchise. Now we can only hope he integrates into the franchise successfully. 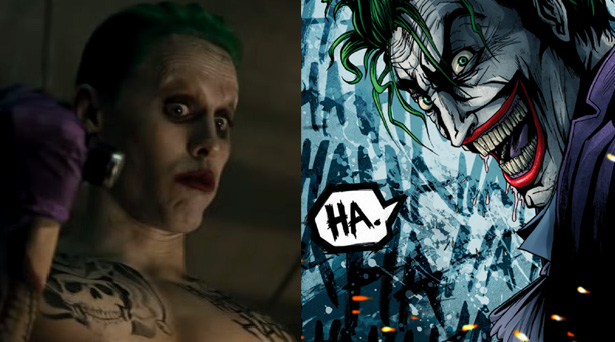 Fans of The Joker are some of the most sensitive in the world of comic books – if movie studios get him wrong on screen, there will be absolute uproar.

Heath Ledger’s casting was met with negative feedback and it wasn’t until he actually nailed the performance that fans felt appeased. In fact, it’s the brilliant performance of Ledger in 2008’s The Dark Knight that makes the next depiction of The Joker all the more worrying.

Jared Leto – who is a fantastic actor – will take on the role in 2016’s Suicide Squad and his version will be very different – you only have to look at his appearance in costume to know that.

However, there are rumours that DC and Warner Brothers are tinkering with the character himself – to the extent that he might actually be a twisted version of Jason Todd – and that would result in a negative response however you look at it.

Pictures from the set showing Ace Chemicals – the place where comic book Joker was scarred – have eased fears of the characters origins somewhat, but there are definitely concerns that the depiction could be terrible. Hopefully he’ll be awesome though.

What do you think? Are you worried about these upcoming depictions? Will they all turn out fine? Which other upcoming comic book movie characters could turn out terribly in movies? Have your say below.