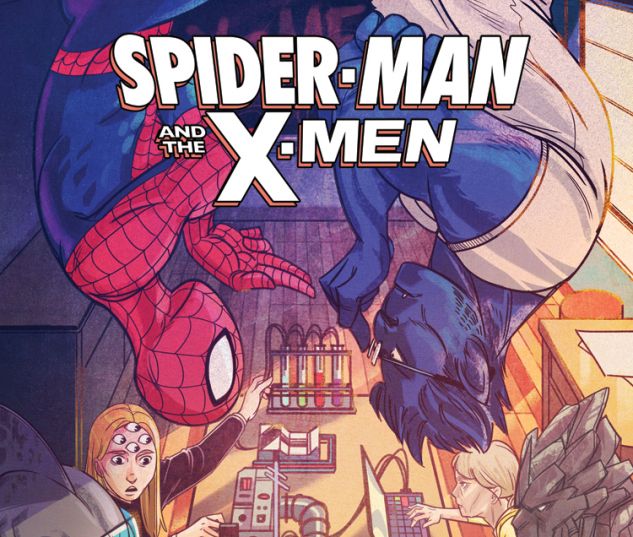 Marvel Comics are great. And sometimes, you just want to take some time and talk about something great, especially something people don't know as much about.  I've always excitedly tracked new comics and series hoping to get something spectacular out of it. And when I find a fantastic series, it's all I want to talk about. I love evangelizing for good comics, so that's what we're going to do right here. So here we go.

One of Brian K. Vaughan's early Marvel comics, the 2000s Chamber miniseries is absolutely worth a read as soon as you can track it down. In the series, a hate crime attack on mutants at a local college inspires the X-Men to start investigating. So Chamber enrolls in the school. For those who don't know, Chamber has no lower jaw, speaks entirely in telepathy, and has an energy well where his chest would be. He sticks out, is what I'm saying. The miniseries is only four issues in length and definitely isn't very talked about today, but as a little mystery story featuring a lesser used X-Man it more than holds up.

One of the more recent books on this list, Sina Grace's Iceman series was, as I said, criminally underrated. Being a story about an openly gay character, it can play with those themes without hiding them behind the mutant metaphor. And it can deal with themes of intersectionality between marginalized groups.  What does it mean to be gay and a mutant? How do those things work together? But while that is a huge part of the series, it's obviously not the entirety of it. The Champions arc is maybe my favorite, reuniting Iceman with old friends and showing how he's changed and how he's still the same. Also, I adored the Amazing Friends issue of the follow-up miniseries, Grace writes a really fun Spider-Man. Grace recently came out about the difficulty in making the series and while it's sad that this book wasn't 100% what he wanted it to be, I think it's still excellent and still very worth reading.

So I've been doing a readthrough of everything on Marvel Unlimited. And when I got to Alpha Flight I scoffed. "there's no way this'll be any good" I thought. "how did this run 120-something issues?" And the answer to that is John Byrne.  Byrne may be notable for being a cantankerous loudmouthed jerk in real life but holy hell can he make a comic book. I fully believe the first 28 Issues of Alpha Flight are so incredibly good that they kept the book going on momentum alone for 100 more. The series may focus around a Canadian government superteam but it has all the superhero soap opera fun of classic X-Men comics but with a completely new group of characters. People live, people die, people are irrevocably changed and it feels like the perfect bubble of superhero comics. So if you're just as doubtful of Alpha Flight as I am, I beg you to actually give it a read.

Sometimes a comic book ends before you can get as much out of it as you want to. Spider-Man and the X-Men was my favorite comic for all six months of its publication. If you ever wondered where that "I don't want to cure cancer, I want to turn people into dinosaurs" panel came from, it was from this comic.  In the series, Spider-Man takes a job as guidance councilor for the Xavier school and takes over their special class, a group of Mutants with incredibly visible mutations. And because he's Spider-Man everything immediately goes to hell.  It's an incredibly funny, wonderful, and sweet comic that stands out as one of my favorite Spider-Man and X-titles even with its short run.

The original run of Thunderbolts is among the best comics Marvel has ever published. The series followed a brand new group of superheroes"¦ who were secretly major supervillains.  Superheroing as a plan to take over the world, that's the premise and the former Masters of Evil are here to figure it out.  The original Kurt Busiek/Mark Bagley run is my favorite, but the book remained excellent pretty much throughout its entire history. And not just because of the high concept premise. The series took a handful of one-note super villains and turned them into beloved super heroes, or at least characters people were firmly fans of. Songbird, Mach-1, Atlas, Moonstone, all of them were completely game-changed by this series, in a way they never lost. Even Baron Zemo is arguably best defined by his role as a recurring antagonist here. I don't want to give too much away but if you haven't read it"¦ do.

With Jessica Jones all big and famous now we really need to talk about The Pulse. Alias was the comic that gave Jessica her debut but it was the follow-up, The Pulse, that gave her many of her best stories.  After finally getting together with Luke Cage upon finding out she's pregnant, Jessica gets a job working for J. Jonah Jameson covering superheroes for the new section, The Pulse.  Alongside reporters Dakota North and Ben Urich, Jessica uncovers truths about Norman Osborn, the Secret War, and House of M.  The series pumps up Bendis's excellent journalism story muscles and Gaydos's gritty atmosphere to the extreme, especially in the first arc. Maybe my favorite Green Goblin story and the one that finally revealed his secret identity to the public once and for all.

I love the Fantastic Four but I never know where to start. Or I didn't, until I did a thorough reading of Marvel Knights: 4.  This series, under the Marvel Knights brand, told fun and innovative Fantastic Four stories in their own little bubble, undisturbed by the surrounding continuity. And honestly? It's one of the best and least remembered Marvel Knights titles. Obviously Punisher, Daredevil, and Black Panther were the big stars but I think this is even less remembered than Spider-Man and Incredible Hulk? Truly baffling. The FF are Marvel's first family and these stories show them being exactly that: a family. Human Torch, the Thing, Mister Fantastic, and Invisible Woman all feel uniquely modern here, in the most contemporary Fantastic Four book of the 21st century.

I know, I know, kids comics, boo. But listen, these kids comics are fantastic. Marvel's early 2000s kids titles were all really fun and by great writers and the Marvel Adventures line is no exception. Because it's written by Jeff Parker. Parker is most known for Agents of Atlas and X-Men First Class and while both are great, I deeply love this run.  It's a series of all-ages Avengers comics that blend fun and silliness into a wonderful mish-mash for old and new fans alike. Look, it includes a story where all the Avengers get turned into MODOKs. If you can't love that, then I don't know what the hell you're doing here. Just leave. Captain Ameri-DOK. SPIDOK. Wolver-DOK. Comics refuse to get better than that.

I have always loved Moon Knight more than he probably deserves.  But the guy has had some awesome comics. There was the Warren Ellis/Declan Shalvey run which was short but critically acclaimed. There was the weird and surreal Lemire/Smallwood run. But I wanted to focus on Max Bemis's run with numerous artists, coming out of Marvel Legacy. Starting with the origin of the Sun God, this book hooked me from issue one. It's beautiful and terrifying and cemented Bemis as one of my favorite new voices in comics. If you like Moon Knight, read it. If you don't, give him a shot here. And if you have no hard opinions, here's where you learn about the crazy moonbat.

I've actually written a whole article about how much I love Fraction and Aja's Immortal Iron Fist but you definitely need to get on it if you haven't.  Essentially, it's an Iron Fist story that can make anyone love Iron Fist.  For Danny Rand is only one of many historical Iron Fists. From the Pirate Queen of Ping-Hai Bay to Orson Randall, gun toting World War 1 badass, the Iron Fists are a great many and all are badasses. The first arc, The Last Iron Fist Story, follows Danny and Orson as they explore the legacy of the Iron Fist while the second, The Seven Capital Cities of Heaven, is just a straight up martial arts tournament story with the entire Immortal Weapons team. It's one of my favorite Marvel Comics of the decade and well worth reading. 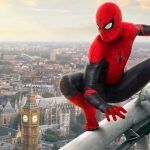 Spider-Man: Far From Home Will Be the End of An Era for the MCU
Next Post