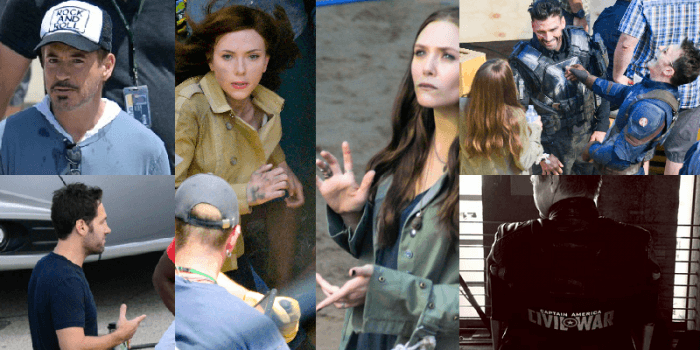 UPDATE: Captain America: Civil War filming of Crossbones’ part has been completed, confirms the cast Frank Grillo via his social media post. You can check it out at the end part of this post.

DC's Suicide Squad & Marvel's Captain America: Civil War are two 2016 superhero movies that are carrying out filming at the moment, but that's not the only similarity between them. Like Suicide Squad, Civil War has also been giving away too much from their set! We already received a load of photos and videos from the set, and now we have a new bunch!

These recent leaks confirm the arrival of Robert Downey Jr. and Paul Rudd on the Civil War set. However, we don't see them as Tony Stark and Scott Lang at this moment, just a casual presence on the set is what we see. Meanwhile, Jeremy Renner has shared a photo via social media confirming his arrival on the set.

Check out a photo of each of RDJ and Rudd (via ComicBookMovie), and Renner's social media post before moving to the next segment. 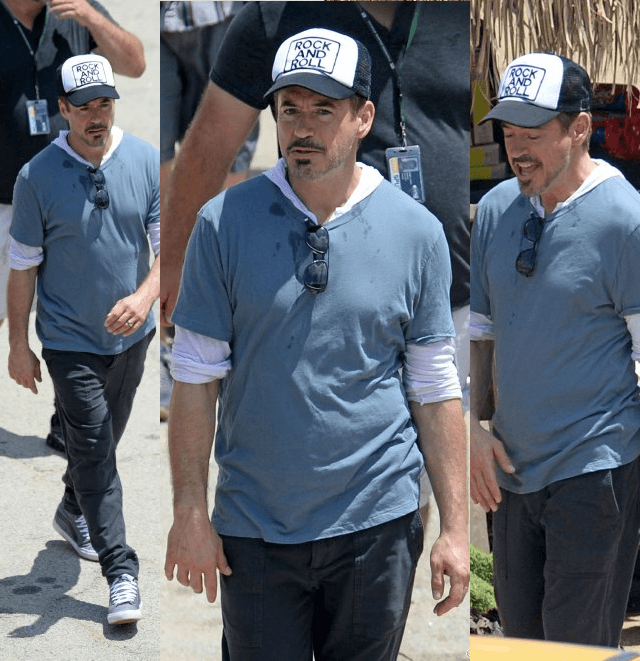 RDJ on the set 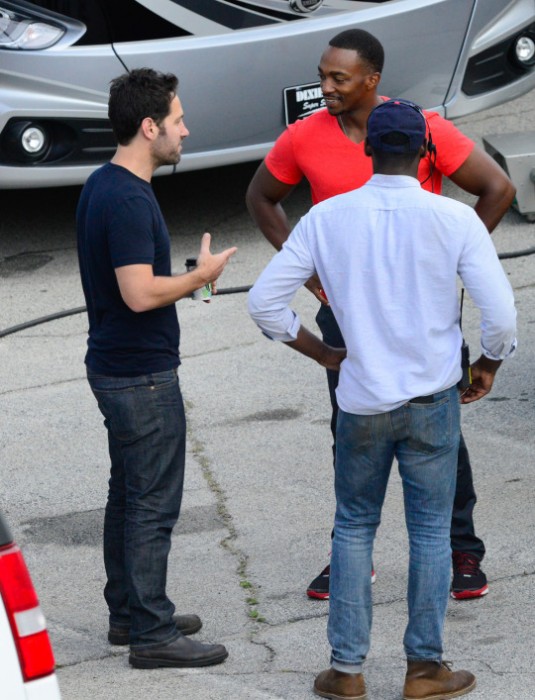 Paul Rudd on the set

In another Twitter sharing, the Hawkeye cast…(Continued to Page 2)

(Continued from Page 1)… is found sitting on a chair on the set. We get to see a new logo of Captain America: Civil War on the back of the chair. Is it the official logo for the movie? Well, I guess so, but we can't be sure before the marketing for Civil War begins. Here's the tweet for you!

On set. Behind the scene. #civilwar #captainamerica #hawkeye this set is amazing! pic.twitter.com/vHQOMZXJiF

More Photos & Videos From The Set!

You have plenty of new photos and a couple of videos from the set of Civil War featuring Chris Evans (Captain America), Frank Grillo (Crossbones), Elizabeth Olsen (Scarlet Witch) and Scarlett Johansson (Black Widow). So let's get started with the leaks from the set (via ComicBookMovie).

Scarlet Witch Using Her Powers Against Crossbones - I Guess! 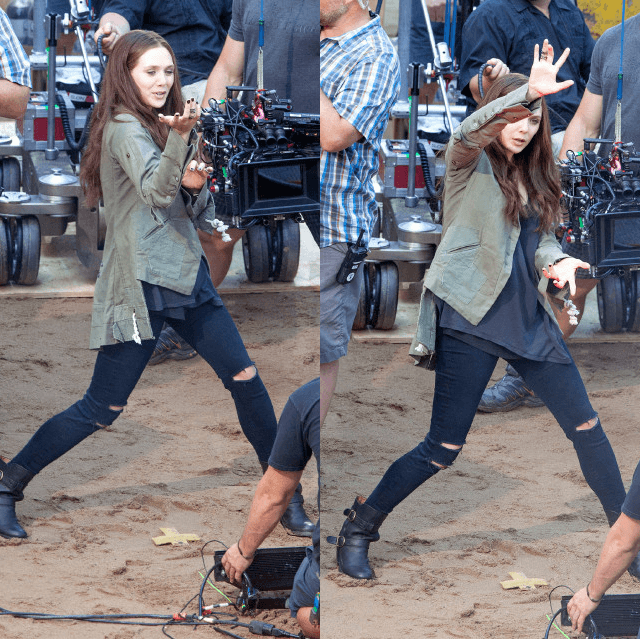 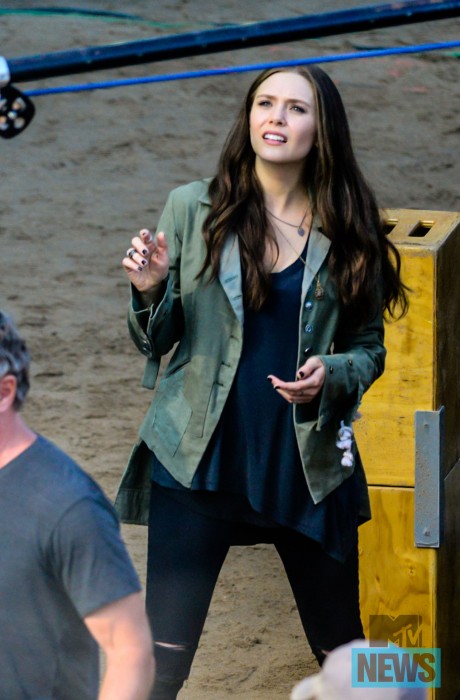 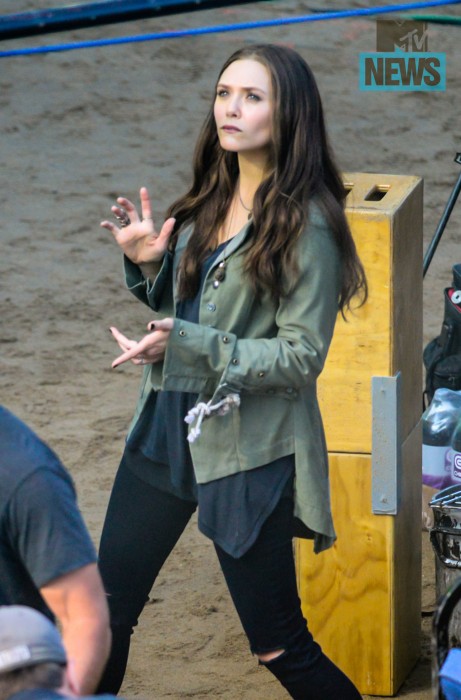 Black Widow On Some Kind Of A Mission - Again, I Guess! 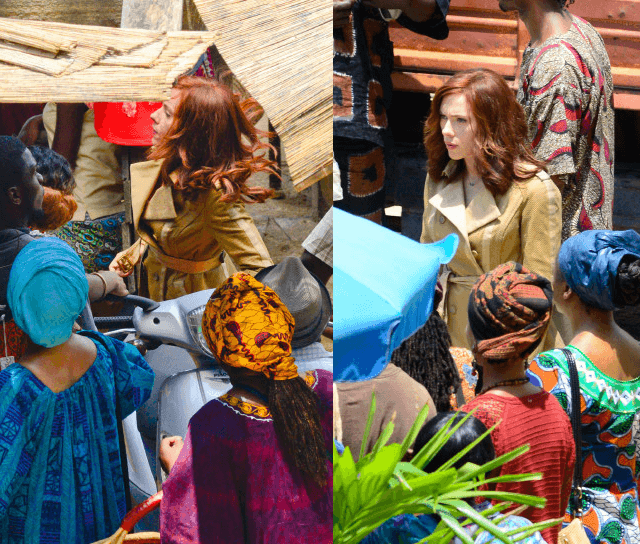 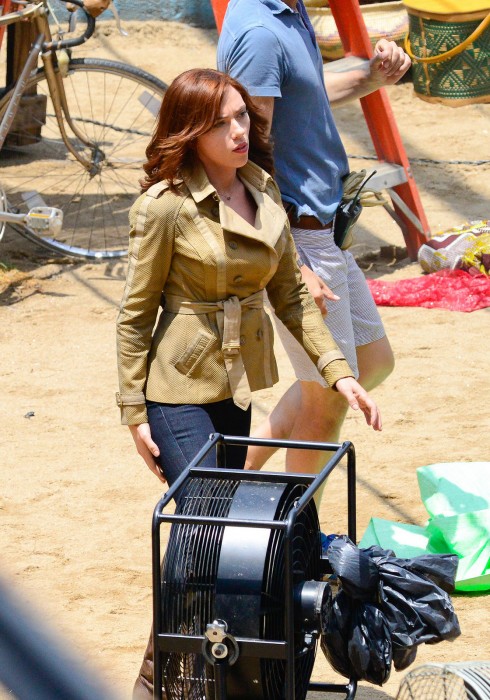 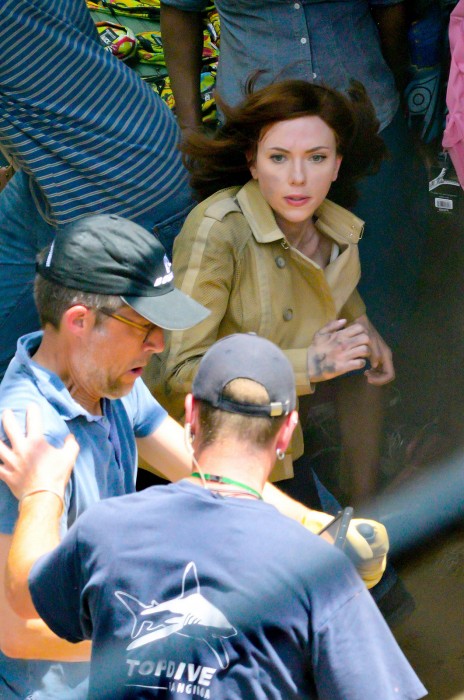 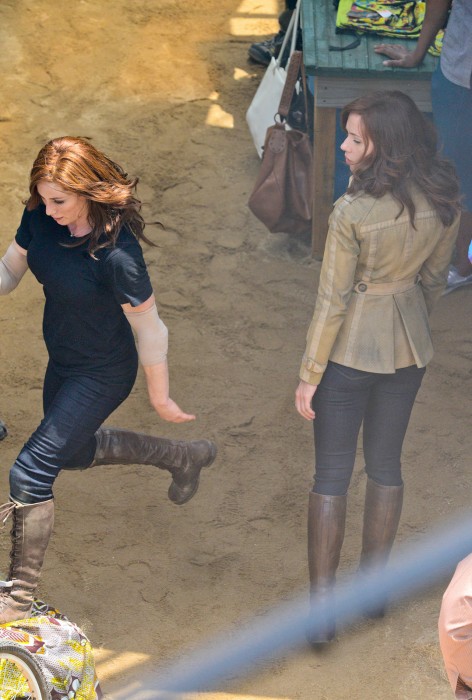 Advertisement
Here's a video too!

Cap & Crossbones - Not How You Would Expect To See Them! 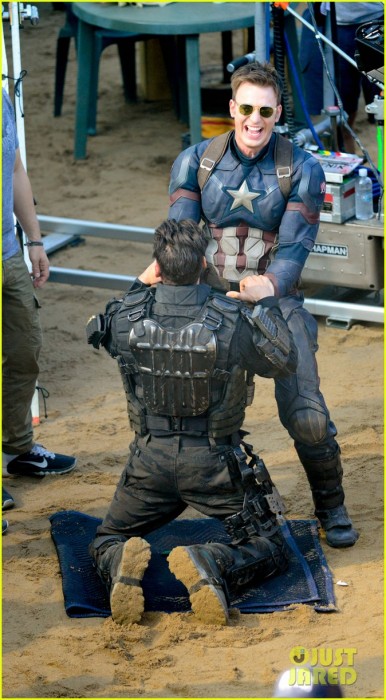 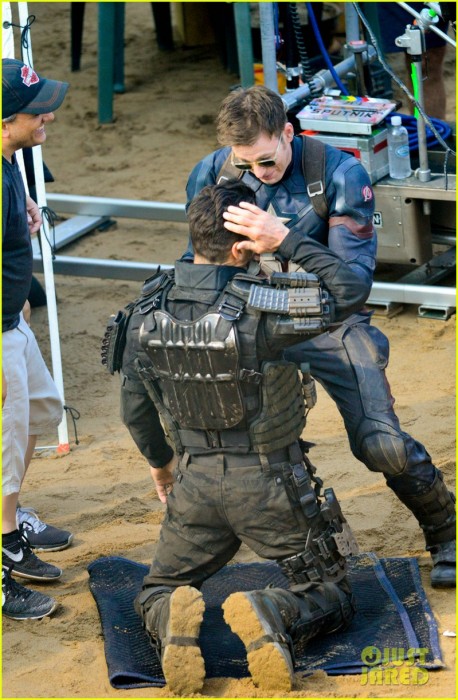 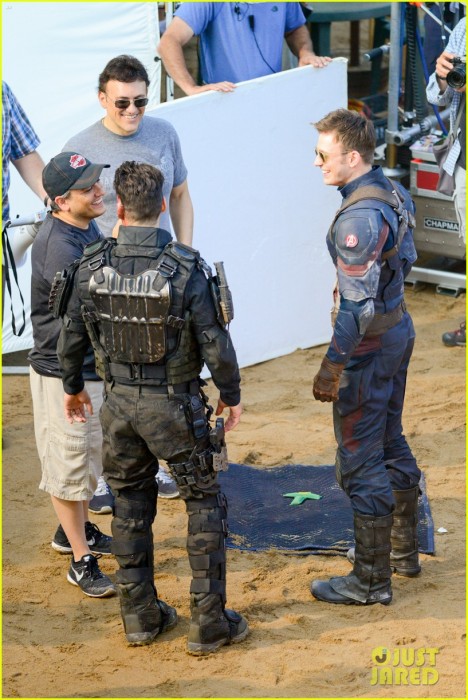 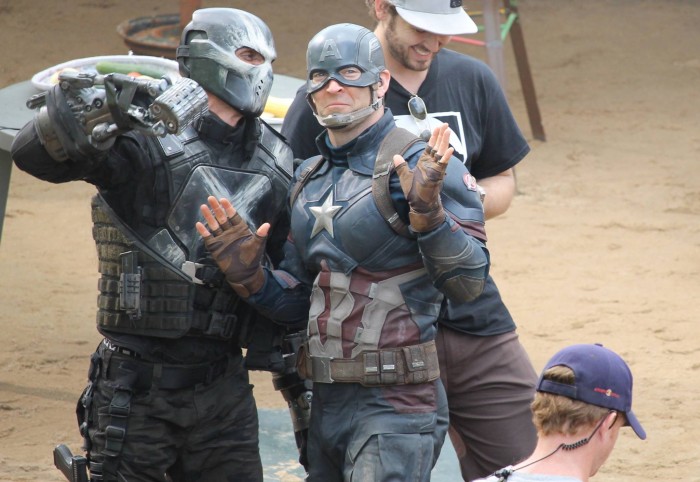 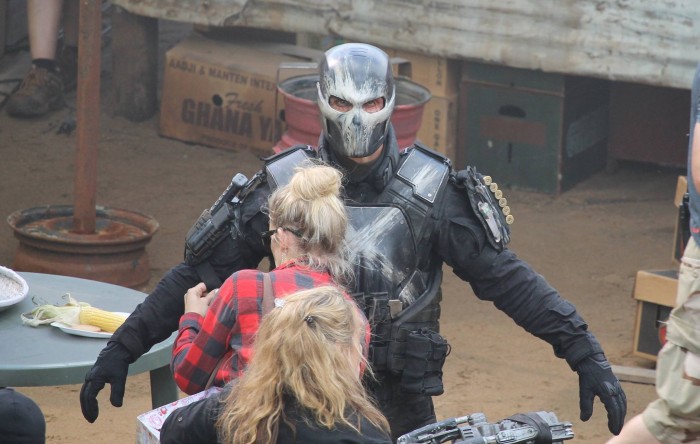 This video is a bit serious though! 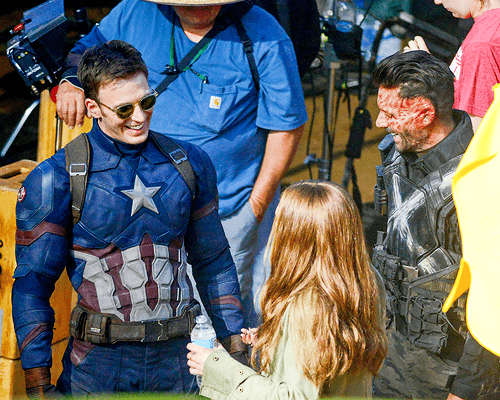 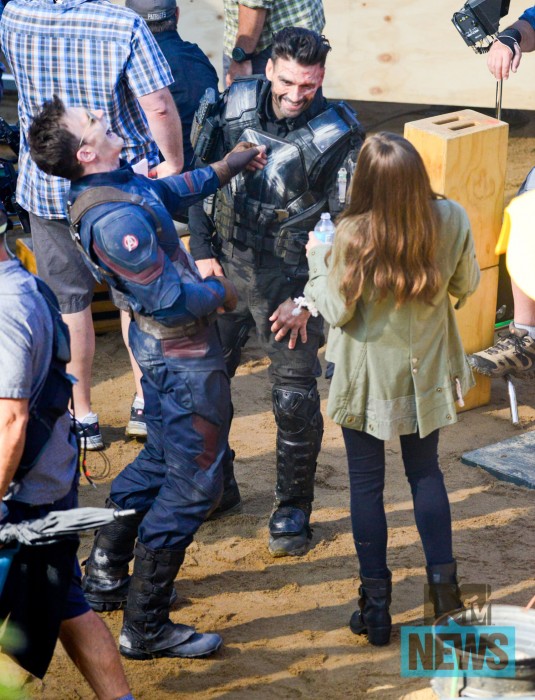 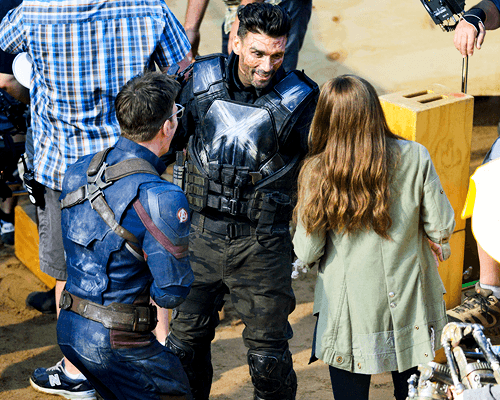 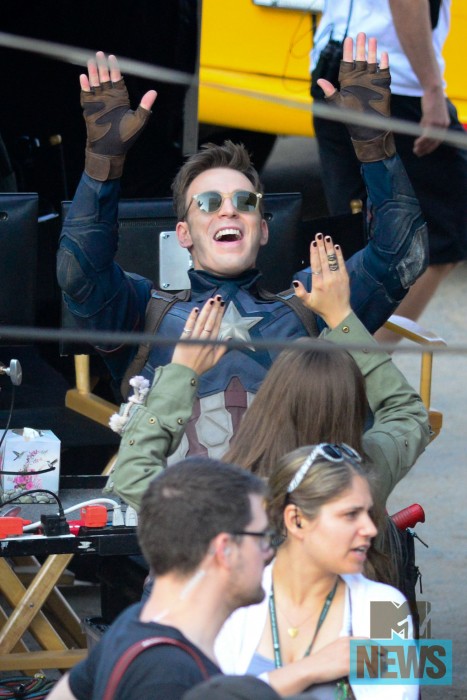 Stay tuned for more updates from the set of Captain America: Civil War & don't forget to share your thoughts via comments! 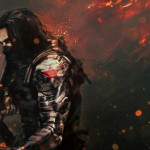 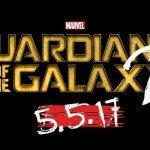 Guardians of the Galaxy 2 - Teasing a new Guardian