Laurence Fishburne recently revealed that in addition to Ant-Man and the Wasp, he has a secret Marvel Studios project in development.

After playing Daily Planet editor-in-chief Perry White in a couple of DC Extended Universe installments, Fishburne is set to make his Marvel Cinematic Universe debut in the sequel to Peyton Reed's 2015 flick Ant-Man. He will portray Bill Foster, a former colleague of Michael Douglas' Hank Pym. In the comic books, the character took up the mantles of superheroes such as Goliath, Black Goliath, and Giant-Man.

In a recent conversation with Collider, the Academy Award-nominated actor let it slip that he’s working on an additional project for Marvel. However, he avoided divulging any further details about the project:

I'm developing something else for Marvel that I can't talk about. It's gonna be really cool. It's gonna change the world, we hope (laughs). I went to Marvel and pitched them something that really couldn't work out. There was a lot of legal red tape that was just something they couldn't work out. But then they came back with the offer for Ant-Man and the Wasp. And then they said, “Hey, what do you think of this?” And I went, “Oh, yeah, that. Yes!”

Laurence Fishburne didn’t reveal whether his secret Marvel project has any ties to Ant-Man and the Wasp. (Photo Credit – Andy Park)

Fishburne didn't give away the nature of this secret Marvel project, nor did he describe how he’s involved. He also didn't indicate whether it was related to his Ant-Man and the Wasp character. So it's impossible to guess whether it's a movie, a television show, or something else.

In 2000, the 56-year-old actor wrote and directed the crime drama Once in the Life. He produced a number of movies and executive produced the ABC sitcom Black-ish. With that resume, it's entirely possible that he’s using more than just his acting talent in this new, world-changing project.

What are your thoughts on Laurence Fishburne's secret Marvel project? Share via comments, and stay tuned for the latest updates! 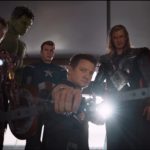 Avengers 4 Revisits a Key Moment in 2012's Avengers
Next Post 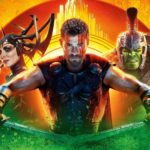