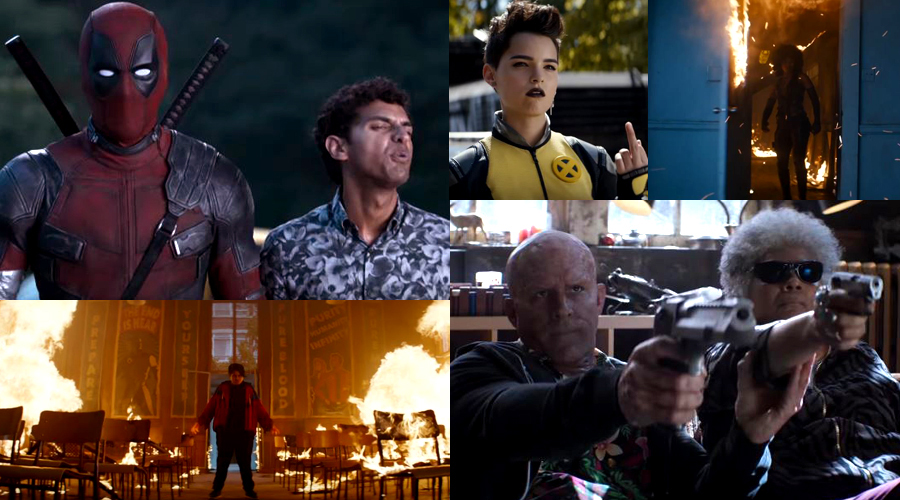 No one was expecting this to happen so soon, but 20th Century Fox has dropped the first teaser for Deadpool 2.

Avengers: Infinity War is undoubtedly 2018’s most highly-anticipated comic book movie, but the fans are also looking forward to the Deadpool sequel. Infinity War is scheduled to arrive first, so we expected to see some footage from that before anything turned up from Deadpool 2.

While Marvel Studios is adamant that they will sell no wine before it's time, Fox wants to spark some anticipation for the Merc with a Mouth's second solo outing. With that in mind, they released the first poster for the R-rated superhero flick. Most recently, they launched the movie’s first teaser.

The studio's marketing campaign for Tim Miller’s Deadpool was downright special, and the marketing campaign for David Leitch's sequel looks to be a standout as well. The teaser, which is titled Wet on Wet, is a little over two minutes of Ryan Reynolds' titular anti-hero paying wacky tribute to The Joy of Painting, a nineteen-eighties and nineties show hosted by artist Bob Ross.

At one point, there are about ten seconds of technical difficulties, during which we see a sizzle reel of actual footage from Deadpool 2. But before you get too excited, I should tell you that Cable (Josh Brolin) is nowhere to be seen in this teaser. But we do get a very brief – and not terribly clear – glimpse of Domino (Zazie Beetz).

Fox also released a brand new synopsis for the June 1, 2018 release. Check it out below!

After surviving a near fatal bovine attack, a disfigured cafeteria chef (Wade Wilson) struggles to fulfill his dream of becoming Mayberry's hottest bartender, while also learning to cope with his lost sense of taste. Searching to regain his spice for life, as well as a flux capacitor, Wade must battle ninjas, the Yakuza, and a pack of sexually aggressive canines as he journeys around the world to discover the importance of family, friendship, and flavor – finding a new taste for adventure and earning the coveted coffee mug title of World's Best Lover.