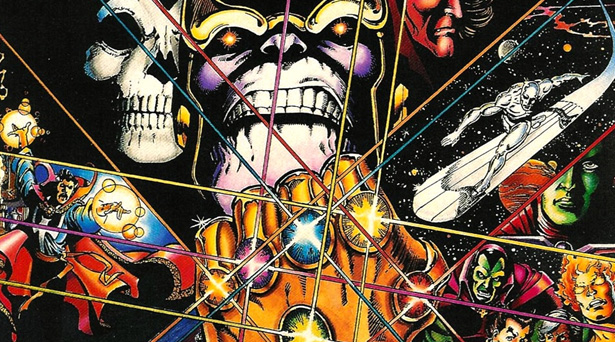 Although the Marvel Cinematic Universe Infinity War movies (coming 2018 and 2019 respectively) aren’t actually going to be based on the Infinity Gauntlet comic book arc, they will undoubtedly take elements from it.

Thanos will be wielding the six Infinity Stones and will launch an assault on the universe. It will be up to the heroes of the MCU to stand up to him, just like they did in the comic.

There are some scenes from the aforementioned comic book arc that really should be adapted onto the big screen – simply because they were so great and/or iconic.

There are, of course, some scenes from the arc that we really don’t want to see in the movies (the Mad Titan working on a farm at the end, for example), but here are six that we do. 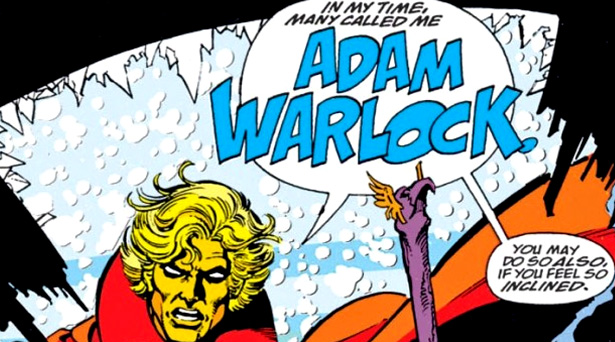 In the Infinity War comic book arc, Adam Warlock arrived on Earth to warn the heroes (and indeed some villains) that Thanos was about to launch his assault on the universe. Specifically, he arrived in Doctor Strange’s Sanctum Sanctorum to warn the Sorcerer Supreme, but other characters happened to be present there at the time.

It was a key scene on panel, but it would be extremely exciting on screen as it would represent the first real connection between the characters seen in the Avengers movies and those seen in the Guardians of the Galaxy movies.

It would be indicative of the fact that a number of our favourite Earth-based heroes (Iron Man, Captain America and Hulk et al) were on the verge of meeting the space-based heroes (Star-Lord, Rocket Raccoon and Groot et al) for the first time.

Some of the characters present would have to differ (no Doctor Doom or Silver Surfer, for example), but the sentiments of the scene would be the same.

The scene that kicked off the universal catastrophe in Infinity Gauntlet was Thanos clicking his fingers to erase half of the life in all of existence – such is the power of the six Infinity Gems combined.

While the Infinity Stones in the Marvel Cinematic Universe might not have that kind of power, it would be very cool for Thanos to do whatever it is that he is going to do by snapping his fingers on screen.

It’s an iconic scene and one that truly conveyed how much power the Mad Titan was wielding – a casual “snap” and half of all living beings in the universe were no more.

He did it to impress Death and, while we don’t anticipate it/her appearing in the MCU, he’ll still have his reasons to do whatever he does and this would be the best way for him to do it.

The Fight In Space 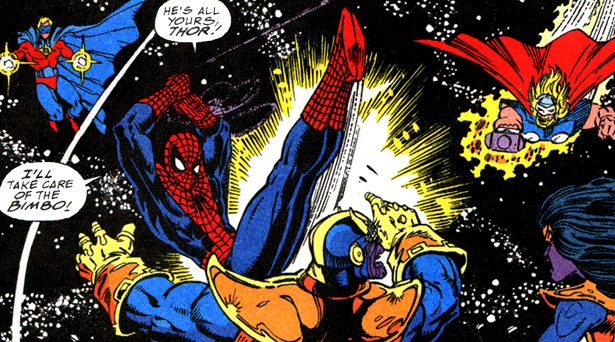 When all of the remaining heroes of Earth were informed of Thanos’ actions, they all headed into space – guided by the aforementioned Adam Warlock – to confront him.

They attacked him with everything they had but, one by one, he took them down in brutal, casual and humiliating ways (he turned Wolverine’s bones to a rubbery/gooey substance, for example).

While the characters who were present for this scene will differ somewhat in the Marvel Cinematic Universe, it will still be great for this to happen on screen – and it could also be the place where the Avengers and Guardians of the Galaxy join forces in battle for the first time.

The heroes we’ll have grown to love by this time (Iron Man, Captain America, Hulk, Thor, Star-Lord, Rocket Raccoon, Groot, Spider-Man, Doctor Strange, Black Panther, Captain Marvel etc) could all be swatted aside one by one by the Mad Titan and it would all look bleak – which would have audiences on the edge of their seats for certain. 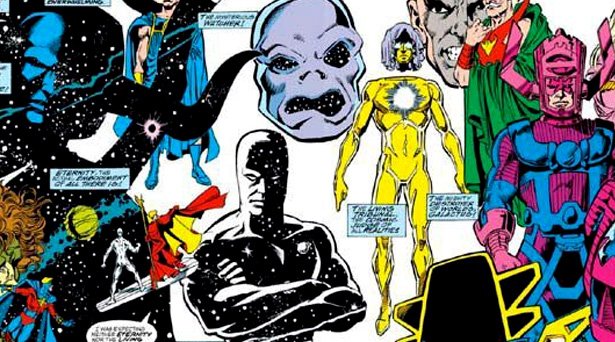 Although we can’t possibly expect the exact same group of beings to be present in the Marvel Cinematic Universe, it would be fantastic to see some cosmic entities turn up to confront Thanos while he’s fighting the heroes.

In the comic book arc, it was characters like the Living Tribunal, Galactus, the Stranger, the Titan Kronos, Epoch, the entities Love and Hate, two Celestials, Master Order and Lord Chaos, and Eternity – and even they couldn’t bring the Mad Titan down while he was wielding the Infinity Gauntlet.

In the Infinity War movies, the cosmic cavalry could consist of the likes of some Celestials (who are already confirmed to exist in the MCU), a couple of the other aforementioned entities and maybe even Odin – as it’s about time we saw Thor’s father getting serious.

Regardless of which characters turn up, there needs to be a powerful contingent who appear when all seems lost for the heroes we already know (even if they too end up falling). 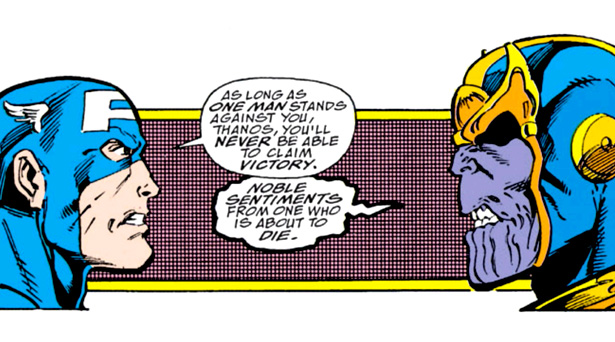 The single most iconic scene in the Infinity Gauntlet comic book arc is undoubtedly when Captain America confronted Thanos when pretty much every single other hero had already been defeated.

Despite the fact that his more powerful allies – and indeed several cosmic entities – had been swatted aside by the Mad Titan, Captain America walked over to him and said “as long as one man stands against you, Thanos, you’ll never be able to claim victory”.

The two then briefly fought before Thanos – who was essentially God at this point, remember – easily bested him, rooted his feet into the ground and even shattered his otherwise indestructible shield.

Exactly how this scene would play out in a movie (heck, Captain America might even win somehow!) remains to be seen, but the bravery, the defiance, the walk and the speech simply have to happen.

Nebula Gets Her Revenge 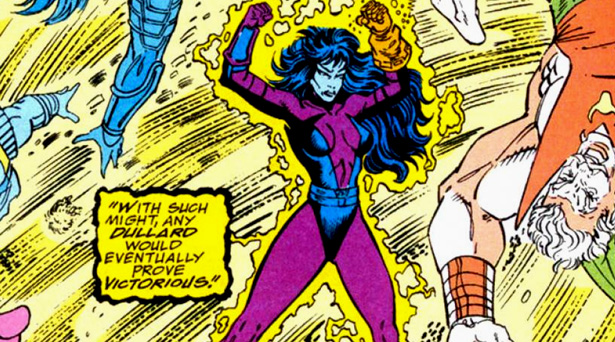 Nebula with the Infinity Gauntlet

In the Infinity Gauntlet comic book arc, it was an unlikely character who ultimately caused Thanos’ downfall – his granddaughter Nebula (she’s supposedly his granddaughter in the comics, rather than his adopted daughter like she is in the Marvel Cinematic Universe).

Thanos had used his power with the Infinity Gems to turn her into a living, rotting corpse but, while he had become one with the universe and abandoned his body, she took advantage and took the gauntlet for herself and, ultimately, undid everything he had done with it.

In the movies, Nebula is annoyed at Thanos because he makes it very clear that he favours his other adoptive daughter Gamora – and Nebula had suggested to Ronan that she wants to take him down.

Could she pretend to be loyal to him all the way up until the finale of the second Infinity War movie, before betraying him and saving the day in the process? It would be pretty cool if that was the case.

What do you think? Should these scenes be depicted on screen? Which other Infinity Gauntlet panels do you want to see in the Infinity War movies? Have your say below. 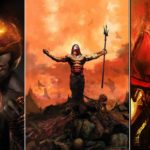 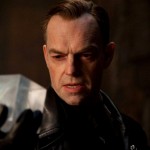 5 Presumed-Dead MCU Villains Who Are Most Likely To Return