Dunkirk's Barry Keoghan Wants to Play Robin in the DCEU! 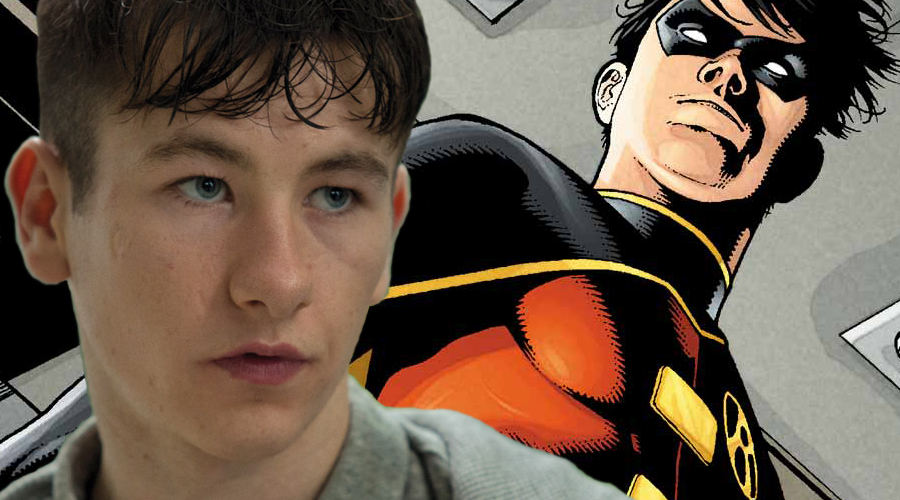 While Christopher Nolan is hoping that his latest movie, Dunkirk, wins over moviegoers as it has critics, one of the young actors in the World War II drama is hoping to play Robin in the DC Extended Universe.

Barry Keoghan, who portrays George in Dunkirk, told Entertainment that he’s been interested in playing Batman's vigilante partner for some time. The 24-year-old actor sang Nolan’s praises and raved about his work, which includes The Dark Knight Trilogy. When the interviewer asked whether he would like to take on a comic book movie role, he answered:

Oh, yeah, I wanna play Robin. There are many times when I've preached this, you know"¦I’ve always said Robin. Everyone wants to play Batman, but there’s something interesting in him. He’s young, he’s got these detective skills"¦He's always trying to impress Batman.

The interviewer then asked if Keoghan had approached anyone at Warner Bros. about the role. The Irish actor seemed somewhat coy as he laughed that off. Might that be a yes? Jump forward to the 6:05 mark of the following video to hear what the actor had to say about Robin!

Although it’s possible that Barry Keoghan might have met with the studio, it's unclear which version of Robin he’s up for. Dick Grayson, who was the first to take up the moniker in DC Comics, will appear as Nightwing in his upcoming DCEU standalone movie, which will be directed by Chris McKay (The Lego Batman Movie).

Last year's Batman v Superman: Dawn of Justice clearly indicated that Jason Todd, the second Robin, was already dead (or Batman thinks he's dead). But it's entirely possible that the character could show up in flashbacks, or as Red Hood in Matt Reeves' The Batman. We might even see Tim Drake or Damian Wayne in that movie.

With War for the Planet of the Apes already in theaters, Reeves can now make a full commitment to The Batman. So maybe we won't have to wait too long to learn whether Keoghan has a real shot at playing Robin.

Would you like to see Barry Keoghan as Robin or Nightwing in the DCEU? Share via comments, and stay tuned for the latest updates!