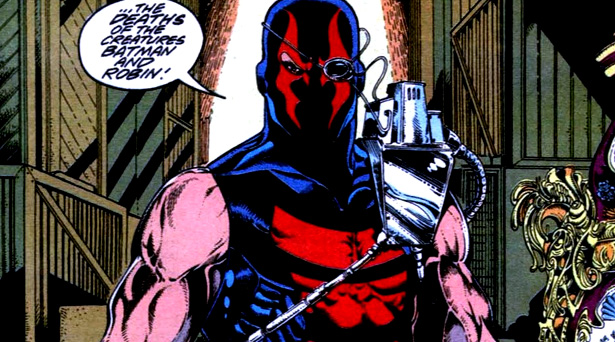 However, even when villains aren’t American, they’re often very Americanised, played by American actors and/or spend most of their time in America.

But the fact remains that there are some truly quintessentially non-American villains in comic books who are yet to be considered for on-screen depictions.

The bulk of characters in general do tend to be American most of time and that does continue to be the way with villains in a lot of cases. Green Goblin, Doctor Octopus, The Joker, Sandman, Iron Monger, Aldrich Killian, the Winter Soldier and Electro are just a few that can be named.

With that in mind – and simply for the sake of furthering the multi-cultural nature of comic book movies – here are five absolutely non-American villains we’d love to see on film.

Manchester Black is a villain/anti-hero in the DC Comics universe who has most commonly been a foe of Superman.

He is the leader of a group of crime-fighting vigilantes known as The Elite – a group whose brutal methods brought them into conflict with the Man of Steel (who obviously prefers to apprehend opponents without killing them).

Although very little is known about Black’s history, it is believed his vendetta towards wrong-doers stems from abuse suffered as a child, and he is certainly quintessentially British – presumably from the city of Manchester – and his style is very reminiscent of the anarchic punk scene of the 1970s and 1980s.

Due to a growth on his brain, he possesses powerful telepathy and telekinesis – allowing him to read minds, control people and move objects without touching them.

Such is the level of his power that he can control armies of supervillains (including the nigh-impossible-to-control Doomsday) with his mind and induce a stroke in Superman by telekinetically squeezing the durable capillaries in his brain.

He would be very different to any antagonist seen in a comic book movie before and would be awesome to see in live action. 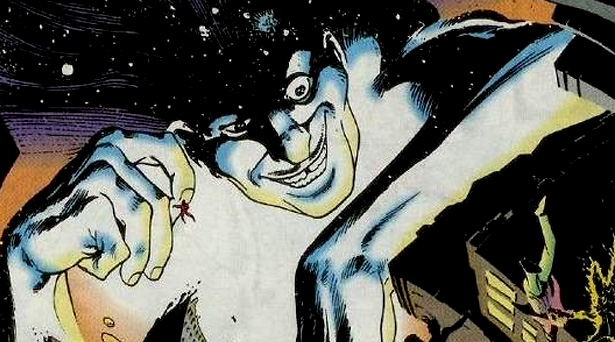 Mad Jim Jaspers is a British member of parliament who has most prominently appeared on panel as an antagonist to Captain Britain.

A mutant, Jaspers’ mutation occurred in his brain and gave him the magnificent power to alter reality on an absolutely enormous scale – arguably the most potent power in comics – and, as such, he is one of the most powerful characters in the Marvel universe.

He can alter matter at an atomic level, create sentient life forms and heal from the most severe of wounds, but a side effect of his mutation is that he is somewhat insane – hence the “Mad” in his name – and, given the power he wields, that makes him extremely dangerous.

Such an antagonist has never been seen before in a comic book movie. A character with Jaspers’ unbalanced mental state and universal-scale reality warping powers would be very cool on screen.

The only problem at the moment is that there aren’t any heroes on screen who classically oppose him – but if a Captain Britain movie is ever made, he would be ideal. 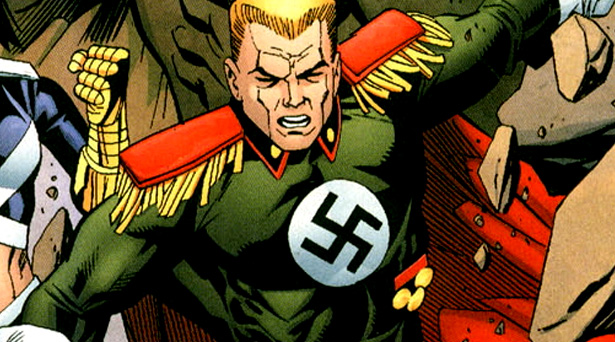 His real name is Albrecht Krieger – and that’s probably the name any movie depiction would have to go with, as “Captain Nazi” would probably be deemed somewhat offensive and politically incorrect!

However, he’s a very interesting character and it would be very cool to see him depicted in live action.

He gained his powers - superhuman strength, speed and stamina, enhanced senses and flight – after being genetically altered by his scientist father in order to fight for Adolf Hitler during World War II. But he was later placed in suspended animation in order for him to awaken in modern times to revive the Third Reich.

It would be an interesting concept for a DC movie, it’s not completely out of the question! 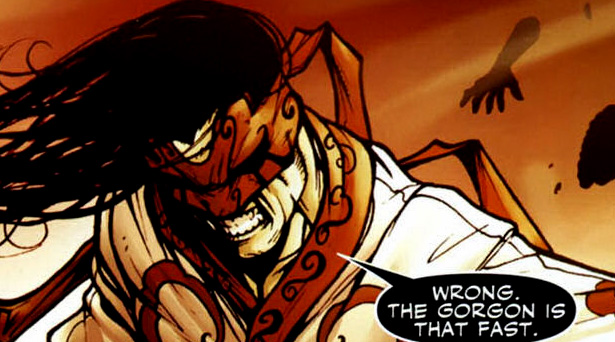 There are at least four comic book characters named Gorgon – a Marvel Inhuman, a DC villain based on Doctor Octopus, a DC villain with snakes for hair and a Marvel mutant. It is the mutant we’re referring to here.

His name is Tomi Shishido and he’s primarily a foe of Wolverine. Given that Wolverine has already encountered a Japanese villain – the Silver Samurai – in his movies, it seems unlikely that he’ll get another, but it would be cool to see this guy.

Like Wolverine, he has a regenerative healing factor – but there’s a hell of a lot more to him than that. In addition to being a world class martial artist and master swordsman, he also turns people to stone through eye contact, has superhuman physical attributes (strength, durability etc), can teleport using a device on his person and is a genius to boot.

The stone-gaze power in particular would represent a huge and genuine threat to Wolverine – something only Magneto has truly offered to date, given Wolverine’s incredible healing factor – so that would make a refreshing change.

Gorgon is a cool character and he’s very different to anything seen in the X-Men movies so far and he’d be welcomed to the big screen by fans. 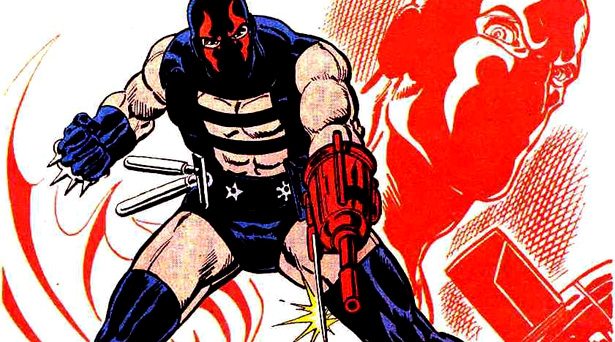 KGBeast is a member of Batman’s extensive rogues gallery in DC Comics and, as such, would have to appear in one of the Dark Knight’s movies, should he ever get a live action adaptation.

He is Anatoli Knyazev – a KGB assassin from the old Soviet Union (he’s Russian, essentially) who, upon his introduction, had killed around 200 people and earned himself the codename “The Beast”.

He’s an expert martial artist, can adeptly use every deadly weapon known to man and has cybernetic enhancements that grant him enhanced physical attributes and a prosthetic gun where his left hand used to be.

He came into conflict with Batman when he was going through his hit-list (he was on a mission to assassinate ten high-ranking U.S. officials in order to put a stop to a planned strategic defence initiative) and the Gotham City hero tried to stop him. He turned out to be an excellent match for the Dark Knight and such a fight would be great to see on screen – as would Knyazev’s origin story.

What do you think? Would you like to see these non-American villains in movies? Which others do you want to see? Have your say below. 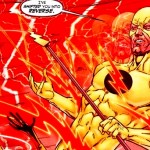 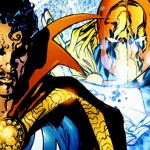 5 Marvel/DC Team-Ups That Would Be Awesome